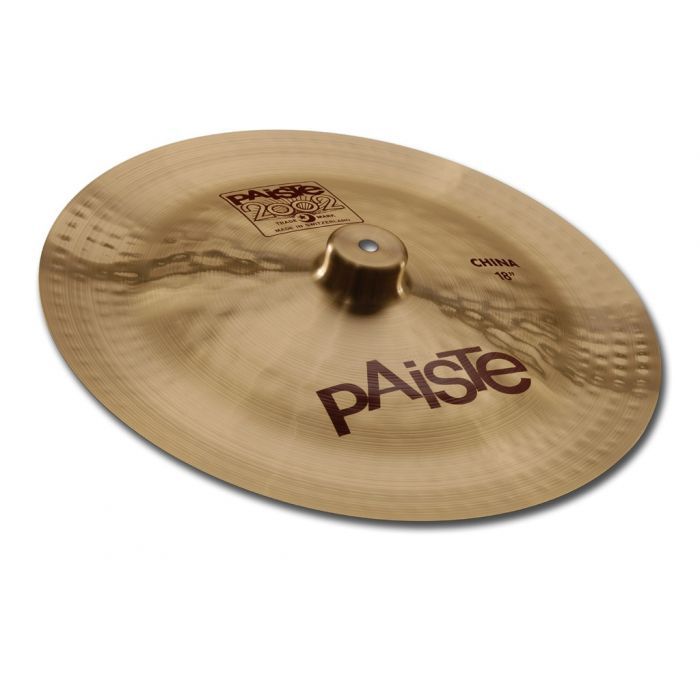 Code:
P002CHI16
Be the first to review this product
Medium bright, full, exotic, fairly trashy. Wide range, complex mix. Responsive, full sounding crash, complex, trashy ride. The definitive classic rock china sound.
This item is currently out of stock. You can place a pre-order and we will contact you with an ETA.
Availability: ✕ Out Of Stock
£188.00
Add to Wish List
Email
Trustpilot
Free Delivery

During the 1960’s the developing Beat and Rock music required a cymbal sound to match the new frequencies and volume levels and consequently in 1967 the Giant Beat series was created as response to this demand. The 2002 was developed 1971 fusing the power of the Giant Beat with the differentiation of the Jazz series Formula 602.

In 2005, Paiste once again makes the 2002 a core series for the future, including the best and most innovative Dimensions models into the newly expanded 2002, thus adding current trend cymbal sound to this venerable line. In the year 2007, the line is further expanded in to the loud genres by adding larger cymbals and the more aggressive “Wild” models.

The legendary cymbals that defined the sound of generations of drummers since the early days of Rock. The present 2002 is built on the foundation of the original classic cymbals and is expanded by modern sounds for today’s progressive popular music.
Applications: Medium soft to very loud settings. Live and recording. Classic Rock, Blues, Punk, Hard Rock, Heavy Metal & most Modern Metal styles, Crossover, Country Rock, Ska, Rockabilly, Funk, R&B, Soul, Gospel and modern hybrids rooted in those styles.

Specification
Reviews
Write Your Own Review