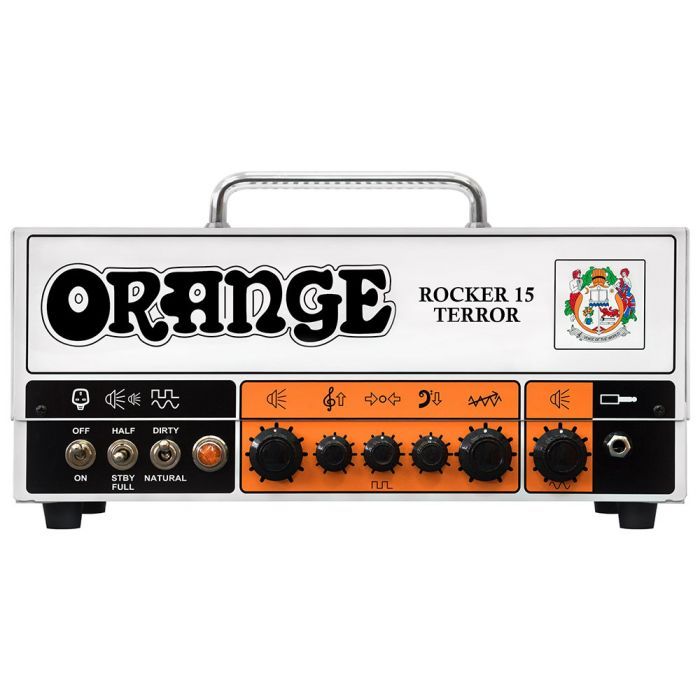 Code:
ROCKER-15-TERROR
Be the first to review this product

The next step in evoltion of the acclaimed Orange Terror range.

Orange's terror range is famous for taking valve technology and putting it into an lightweight, yet exceptionally powerful format. The Orange RT Rocker 15 Terror 15W Guitar Amp Head is another great example of Orange's expertise - they've managed to instill a pro-sounding, crunchy British-style gain into this head ans provide a good degree of dynamic room to play with.

This head shows off Orange's signature full & half power modes with built-in attenuator switch, known as the headroom or bedroom options on the back. At the flick of a switch, you'll be able to select between 4 wattage options ranging from just 0.5w, 1w, 7w or a maximum of 15 watts of power, meaning that the Rocker 15 Terror goes from a first rate stage amplifier, to a sublime two-channel bedroom amp that doesn't compromise that sweet valve tone - the first amp from the series to achieve this to a professional level.

15 Watts of power may not sound like a huge amount but you'll be blown away by both the volume produced, the classic British sounding crunchy gain (which can be further gained with a selector switch) and the overall ability to change the warm valvey clean tone, with just the minimum amount of knobs.

At just over 6.5kg in weight, it's a breeze to carry from A to B and even makes setting up on stage that little bit easier. We've rarely seen an amp that sounds this good in such a compact and portable format.